Toxic – a novel of suspense 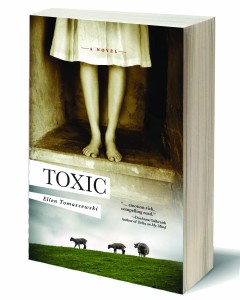 In 1971, single mother Emma Lee Dubois loses her short term memory from a major head injury at the chemical factory where she worked. She’s new in town, so without friends or family, this displaced southerner is victimized by her lecherous 63-year-old boss, Leonard Baxter. Six months later, Emma Lee regains enough short term memory to realize that she’s married to the creepy, controlling codger; and she’s pregnant. As Emma Lee heals, Leonard resorts to lies, manipulation, abuse, and an arsenal of chemicals at his disposal to try to maintain control. And Emma Lee discovers that escaping Leonard may be the last thing, she’ll ever do.